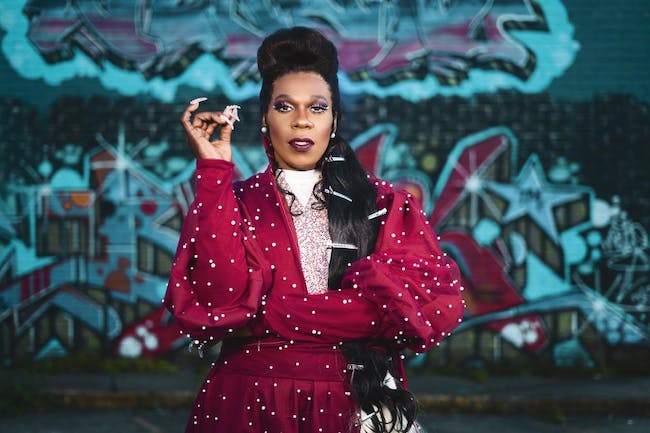 Due to unforeseen circumstances, Big Freedia is no longer able to perform tonight.

We will be issuing refunds to all ticket holders within the next 5 days, and funds should be seen within your bank account within 30 days after the refunds have been processed.

Despite this cancellation, Phat A$tronaut will still be performing tonight! Tickets are $10 or FREE with your ticket to the cancelled Big Freedia show or Atsuko Okatsuka comedy show (which is still happening) tonight. To be clear, EVERYONE will still get a refund but we want to offer you a chance to enjoy a FREE show on us tonight!

We apologize for this inconvenience and if we don’t see you tonight we hope to see you all at Space Ballroom soon!

Known as the Queen of Bounce music, Big Freedia is New Orleans-based hip-hop artist and worldwide ambassador of bounce music. After a series of cult hit singles during the mid 2000’s, she was tapped for a reality show, ​Big Freedia Bounces Back​ on Fuse TV. The docuseries followed the life of a choirboy turned bounce rapper and remains the highest rated original series on the network.

It was only a matter of time until Big Freedia caught the attention of iconic artists including Beyoncé and Drake. She was featured on both Beyoncé’s Grammy-winning single, “Formation” and Drake’s “Nice For What.”

Big Freedia released the critically acclaimed album, ‘3rd Ward Bounce’ (which featured Lizzo among others) on Asylum Records in 2018. In the summer of 2019, the Queen of Bounce debuted her limited run ice cream flavor ‘Big Freedia’s Bouncin’ Beignets’ with the ice cream giant Ben & Jerry’s. She graced the cover of ​Billboard Magazine​, and was invited by​ Vogue Magazine​ to be the official host of the Iive Instagram stream for the Met Gala.

Big Freedia’s latest single “Louder” from her forthcoming project dropped in November. She is also the author of the critically acclaimed memoir, ​Big Freedia: God Save the Queen Diva!​ on Gallery Books/Simon & Schuster.

Their sound consists of experimental yet undeniably danceable - head nodder rhythms and meticulously crafted arrangements with pop sensible songwriting at the forefront.

In just three years, Phat A$tronaut has performed at some of the north east's top venues including Brooklyn Bowl, Toad's Place, The Warehouse (FTC), Space Ballroom, Rockwood Music Hall, and many more.

They have also played on numerous festivals including Hip To The Hops (VT), Trinity Hip. Hop Festival, Hygienic Hip Hop Festival, and more.

To date, Phat A$tronaut has a full length record, 'The Fifth Dimension' (2018), a live album, 'Live at Brooklyn Bowl' (2019), and a single 'Rare Fruit' (2020). Phat A$tronaut is currently in the process of recording another full length album, along with collaborations with Ceschi. Stay tuned!