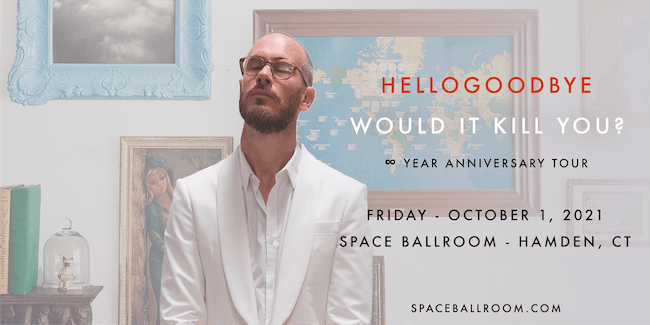 A Tour celebrating 10... 11? years of their 2010 LP, 'Would It Kill You?' with the classic album performed in full as well as career spanning highlights from 20 years of hellogoodbye.

Hellogoodbye is a pop rock band that was formed in Huntington Beach, California in 2001 by singer Forrest Kline. They were signed to Drive-Thru Records and released their first full-length album Zombies! Aliens! Vampires! Dinosaurs! in 2006, having previously released the EP Hellogoodbye in 2004, and DVD OMG HGB DVD ROTFL in 2005. In 2010, the band released Would It Kill You? on their label Wasted Summer Records. The album was released in the United Kingdom and Europe by LAB Records on March 14 2011. Hellogoodbye released their third album, Everything Is Debatable, on October 29, 2013, while touring as the opening act for Paramore's The Self-Titled Tour. Their fourth album, S'Only Natural, was released on October 5, 2018.