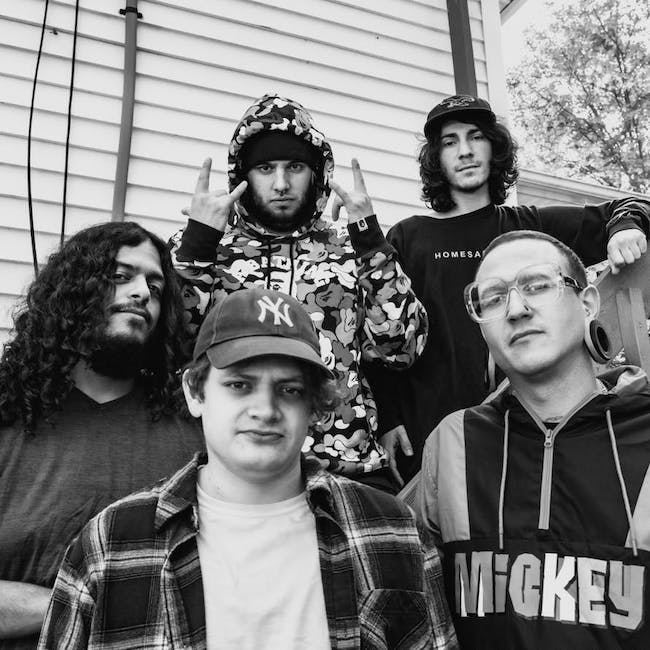 Hailing from the northeast region of the USA, Keep Flying blends musical styling borrowed from a few different genres & eras. Crossing a mix of late 90’s skate punk with the aggression of early 00’s pop–punk, the band stretches a spectrum of taste that appeals to multiple audiences. Add the brass/woodwind section as reigns to the hyper-performance live show of a sleigh and you have what becomes a whirlwind of excitement behind a lyrical wall that can be easily relatable to many listeners. At its core, the band message is hands down represented by their name: Keep Flying.

Mighty Tortuga is an Emo Pop Punk band from New Haven, CT. Featured as one of Buzz Music’s Top 10 Artists of 2019, their sound shows similar signs of 90’s emo power pop alongside the early 2000’s Drive-Thru Records era, with a sense of maturity and relatability. Their new single, “Blind” takes everything you love about My Chemical Romance, and turns it into a modern day emo anthem that shows characteristics of Transit’s “Joyride.” Their highly anticipated sophomore EP, “The Gloom” is out now on all digital platforms.

From the oxymoron in the band’s name to the sounds, styles and culture that inspired it, Sunday Morning continues to deliver with precision and unpredictability on each musical release. The four cylinder engine (Dom Barone, Wes Benjunas, Parker Dumont and Erik Stanzel) feels more like a Mustang’s V8 driving your shoulders into the seat while toeing the fine line of a speeding ticket and serious jail time. Following 2018’s EP “In All Honesty” the Emo/Post-Hardcore band from Durham, Conn. migrated from its initial Pop Punk feel to a more fitting sound upon arrival of guitarist Dom Barone. Back to back singles “Ailment” and “Elon Musk” capped off 2019 and cemented the band’s new identity. Once again teaming up with Long Island’s Vudu Studios, Sunday Morning released its 2020 EP “Nothing Matters.” “This EP is the most honest and thoughtful work we’ve ever created. It is a true representation of self-realization and self-discovery both instrumentally and lyrically.” -Wes Benjunas