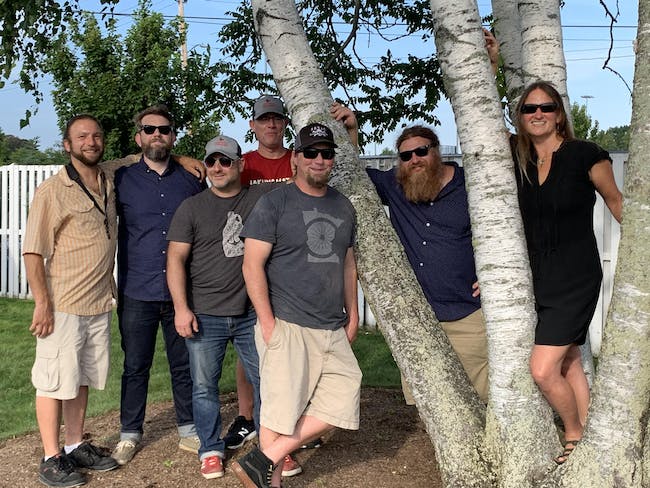 iCal
Google
‏‏‎ with Brother Other

The Alpaca Gnomes are a spirited seven-piece rock-folk-jam band based out of Bridgeport, CT. They incorporate violin and saxophone into their well crafted songs along with both acoustic and electric guitars, bass, drums and soulful vocals.

The band is as much about community as they are music, as their loyal fans display during live performances as they dance and sing along while sometimes also sporting signature Gnome hats in the crowd. Their dynamic yet earthy sound allows the band to switch seamlessly between originals that span multiple genres and a wide range of ever changing crowd pleasing covers. This musical flexibility has also allowed the band to share stages with a wide variety of musical acts such as Living Colour, Blues Traveler, The Drifters, Rick Derringer, DJ Logic and a host of other rock and jam bands on stages such as Pleasantville Music Festival(NY), International Festval of Arts & Ideas(New Haven), Jerry Jam(New Hampshire), Rock and Roll Resort(NY), Pasadena, CA, Infinity Music Hall, Toads Place, The Palade Theater Stamford, Arelene’s Grocery and Rockwood Music Hall(NYC).

Whether the setting is an intimate show or a large outdoor gathering, The Alpaca Gnomes are ready to share a live high vibing musical experience with you.

Brother Other started in 2018 as Matthew Saccoman and Paul Mauro. A few years earlier we were just two ordinary dads living in the same small town. As fate would have it, we met watching our kids practice on a soccer field in rural southern New England. Thankfully, we decided to introduce ourselves. It was clear the two of us had a lot more in common than long hair and beards. We were both schoolteachers, had two kids around the same age, and had spent our lives as musicians.

The more we got to know one another, the more we realized we had very similar backgrounds, influences, and tastes in music. After finally getting together to play music, we discovered our voices complimented each other in harmony. Our first show received a very positive and welcoming response. Brother Other was something special and deserved some room to grow.

After performing a few shows, we agreed that we didn’t want to be just another cover act. This motivated us to begin writing our own material. Between the two of us, we had plenty of musical background and life experience to draw from.

We began to share our ideas and notes. To this day, we continue to work to meld songs together and write about the things we know the best - gratitude, humility, and the triumphs and tragedies of the human experience.

In early 2020 we began recording our songs at Dirt Floor Recording and Production in Haddam, CT. Our debut album “You and I and Everything” was released in October 2020. Recorded and Produced by Eric Michael Lichter and Engineered by Guido Falivene (Dirt Floor Recording and Production), it features 8 original tracks with a variety of instrumentation including stripped-down acoustic tracks as well as full-band arrangements.

Between teaching and family life, we maintain a busy performance schedule and continue to write new material. Recording of the second album has already begun and we look forward to touring and sharing our music with you.