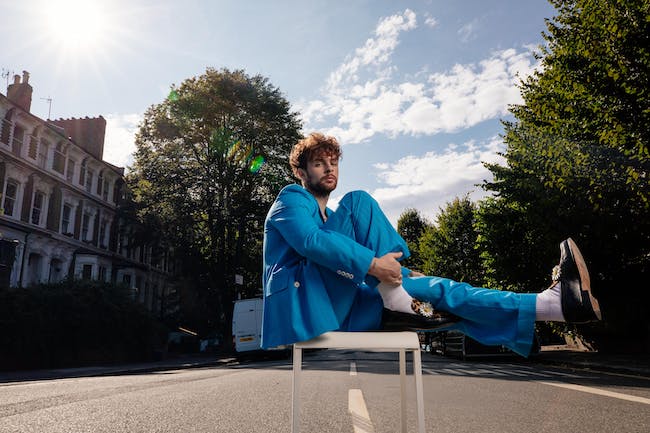 Born in Bedford but based in London, singer-songwriter Tom Grennan first found fame as the guest vocalist on Chase & Status’s track “All Goes Wrong”. A Hottest Record on Annie Mac’s Radio 1 Show, the track gave Grennan the chance to cut his teeth in the Radio 1 Live Lounge and on BBC Two’s Later… with Jools Holland.

But it might not have turned out that way. As a teenager, he had a promising football career, playing for Luton Town, Northampton Town, Aston Villa and Stevenage.

“I was close to playing over in the States but something was telling me not to and obviously it was the music,” he told Music Week earlier this year.

“My head was turned by music and people saying I had a voice!”

Tom’s first album Lighting Matches was one of the 10 best-selling debuts of 2018. Filled with huge tunes like “Found What I’ve Been Looking For”, “Barbed Wire” and “Something In The Water”, the album showcased Tom’s emotional, careworn voice, a rasp full of devilment and mischief as well as love and solace.

Tom’s new single “This is the Place” is a song about finding a place of complete calm and escaping utter chaos and carnage.